You are here: Home / A Tradition of Excellence

A Tradition of Excellence 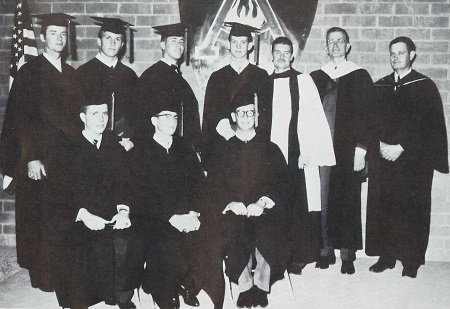 The Academy curriculum is exclusively college preparatory and, because of the rigorous nature of the program and the selectivity of the admission policy, all courses are equivalent to honors-level courses as they are usually known.

Student artists – visual and performing – creative an imaginative range of work each year and our recognized at the national level for their skills, talent, and innovation. In 2022, our students received 29 Southwest Regional Scholastic Art and Writing Awards.

In addition to academic success, Academy’s student athletes have a remarkable legacy. Academy athletes have earned more than 180 state championship titles through their dedication, earnest effort, and character.

For more than 65 years, Albuquerque Academy has been helping New Mexico’s best and brightest students pursue their passions, discover their futures, and reach their potential.

Academy isn’t just an education – it’s a way of life! Our club sponsors, athletic coaches, and faculty and staff are all dedicated to helping students experience Academy life at its fullest.