You are here: Home / About / Administration / Communications / Graphic Standards

This guide was designed to help members of the Academy community create, produce, or reproduce the numerous printed items associated with the Academy. All materials carrying the Academy name – from print publications to spirit clothing and gift items to electronic communications – have an impact on the overall image of the school and should be part of a unified look. The most important factor in developing a cohesive image for the Academy is consistency. Adhering to these guidelines, which have the support of the school’s administration, will help the Academy achieve consistency and clarity in its graphic image and presentation to various audiences.

The purpose of the Albuquerque Academy nameplate is to present a unified, consistent representation of the school name. Adopted in 1999, modified in 2016, and updated in 2021 with a graphical mark, the nameplate is based in Gill Sans fonts and converted to a graphic image. Because the font has been modified from its original form and custom spaced for optimal visual appeal in the nameplate, it cannot be recreated using the Gill Sans font. Do not try to simulate the Albuquerque Academy nameplate with the Gill Sans font or any other font.

The nameplate is available in full color and Academy red, black, and white and in a horizontal or stacked version. The nameplate can be used in print and electronic publications and on various gift and spirit items. It is not to be modified or embellished with additional graphics or wording.

Artwork for the Albuquerque Academy nameplate is available to download below. These files can be used for low-resolution electronic purposes. If you need a nameplate for print or for a high-resolution electronic format, please email the communications office. Please specify how it will be used as well as details such as size and file type.

Use of the Albuquerque Academy Nameplate and Logomark (or A)

The Academy seal was adopted in 1965, modified in 1987, and updated in 1999. The Latin motto, scientia ad faciendum, was retained from an earlier seal. The literal translation, “knowledge for the sake of doing,” suggests that the Academy continually strives to achieve knowledge that is actionable.

Considered by many to be the Academy’s official graphic identifier, the seal is reserved for formal documents, such as diplomas and commencement materials. It may also be used for a limited number of specialty items with permission from the head of school.

Use of the Academy Seal

Unless an item is being produced for historical purposes, only the most recent version of the seal should be used. The same guidelines as given above for the nameplate also apply to the seal. In addition, the following guidelines should be followed:

There have been many versions of the Academy Charger over the years. However, no one version has ever been adopted as the “official” Charger. Some versions depicted a horse and a rider, although historically, a “Charger” refers to the horse only. As part of the Academy’s 50th anniversary celebration in 2004-05, a committee of Academy faculty and staff had a new “Charger” designed. To meet the needs of many users, there are multiple versions that incorporate Charger red into the black-and-white design. Multiple versions of the Charger logo are posted below for download. For a print-ready version, please email the communications office.

Use of the Charger 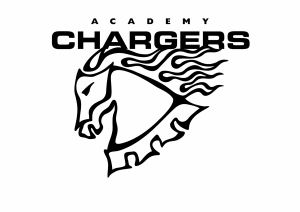 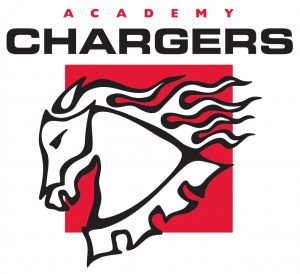 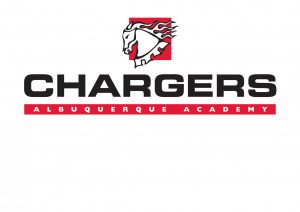 The Academy’s traditional spirit colors are red and black. These colors may be used freely in clothing, spirit and gift items, athletic uniforms, signage, invitations, decorations, etc. When printing, the preferred Charger red is Pantone 200 | CMYK 15-100-85-5 | RGB 199-32-53 | HEX/HTML C72035. If color options are limited, ask the vendor to provide a best match to Pantone 200.

Three reds make up the full-color Academy A in the nameplate.

The Albuquerque Academy font palette consists of the Adobe Gill Sans family. This is the preferred display (headlines, subheads, etc.) font family for print publications and other communication pieces. You may use another standard font (Arial, Calibri, Times New Roman, etc.) for the body copy. Camera-ready and electronic artwork for various graphics, incorporating these fonts, is available from the communications office.