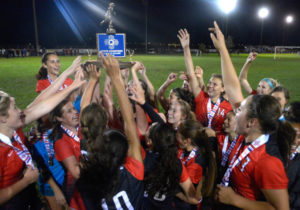 Albuquerque Academy student-athletes had a historic 2016-17 school year. With eight state championships and one runner-up, Academy collected 675 points in the MaxPreps Cup standings, enough to finish 22nd in the nation. The MaxPreps Cup annually honors the top all-around high school sports programs in the nation. “It comes down to two things to be able to win as many state championships as we have,” says Albuquerque Academy Athletic Director Taryn Bachis. “One is to have longevity with coaches who are very knowledgeable and bring consistency to our programs. And two is the type of student-athletes we get at Albuquerque Academy. Our students are incredibly dedicated and hard working. When they believe in each other and their coaches, great things happen.”

The MaxPreps Cup standings are determined by awarding points for teams that win a state title or finish second. Points are also given depending on the type of sport, the size of state and the enrollment size of the playoff division. Teams can also earn points for appearing in national rankings. Academy was one of two New Mexico schools who made the list. La Cueva High School, located 2.5 miles north of Academy, finished fifth in the nation with 826 points.

This is the second athletic-based award Academy has earned this past school year. In July, Academy was awarded the 5A NMAA Director Cup for collecting the most points of any school in Class 5A. Academy collected 2,480 points, finishing second of all classes in state of New Mexico behind only Cleveland High School who collected 2,520. Points for the Director’s Cup are awarded for athletics and activities, unlike the MaxPreps Cup which is based solely on athletics. Since the Director’s Cup was created in 2006, Academy finished first in their class eight of the eleven years. 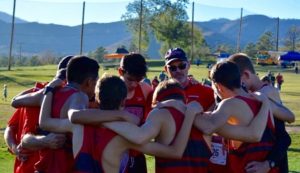 Coach Adam Kedge, who last year coached three teams to state championships, believes the success lies in the ability of Academy student-athletes to play multiple sports. “In a time of specialization, the two-sport or three-sport athlete has gone by the wayside at the high school level.  Our kids have been great about transitioning from season to season and the head coaches of our top programs have given unwavering support of the numerous multi-sport athletes at Albuquerque Academy.”

The following sports contributed to the MaxPreps Cup standing with a state championship or runner-up finish.