The Charger cross country teams are once again heading into the state tournament with high expectations. Both the boys and girls teams have had very successful regular seasons, and paired with being defending state champions, both Academy teams have targets on their backs. 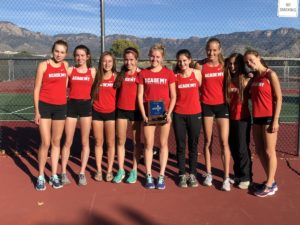 The girls team is undefeated in New Mexico meets this fall with their lone setback being almost two months ago at the Liberty Bell Invitational in Colorado. Their season has been highlighted by defending their Albuquerque Metro Championship crown where the team competed against all the large metro-area schools. Zoe Hunter ‘19 leads a very talented Charger team into the state championship this weekend in Rio Rancho. Zoe has been the number one runner for the Chargers all season and has two meet victories including Academy’s Pumpkin Run and the Los Alamos Invitational. The Chargers are two-time defending state champions and will enter next week’s state meet as the prohibitive favorites. The girls are aiming to capture their fifth cross country title in school history. 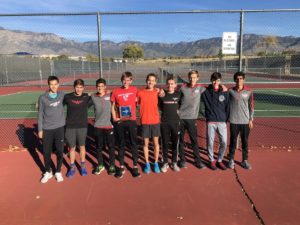 The boys cross country team is wrapping up a successful season of their own.  Early highlights for the boys team were a 2nd place finish at the prestigious Liberty Bell Invitation in Colorado and a return to the number one spot at the Albuquerque Metro Championship. Four Chargers have led the talented team this season; Skyler Forman ’19 and Julian Garcia ’20 have each run as the number one man three times, while Oliver Pilon ‘20 and Justin Hickey ‘21 have each led the team once. The Chargers have six meet victories this year and will enter the state championship as the co-favorites with their long-standing rivals from Los Alamos High School. Remarkably, the boys are looking to capture their 14th state cross country title in the last 20 years.

The Academy boys and girls soccer teams are both red hot heading into their respective state tournaments. 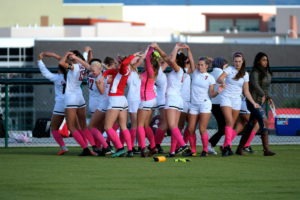 The girls soccer team received the number one seed in the 4A state tournament and will face Del Norte High School in the quarterfinals on Wednesday, November 7 at 2:30 p.m. at the Bernalillo Soccer Complex. The Chargers have beaten Del Norte twice this season, outscoring the Knights 20-0. The 18-2 Chargers have not lost a game since September 18 and are looking to win their third straight state championship. Anchored by a potent offense, the team also defends amongst the best in the state. The Chargers have given up only eight goals this season while scoring 139 goals, including a record-breaking 58 by Eliza Mariner ’19.

“This has been a resilient and motivated team. Despite numerous injuries and losing four key players to serious knee injuries and other adversities, they keep focused on what they can control as a team,” says Academy Girls Head Soccer Coach Peter Glidden. “It’s a fun and inclusive group with strong character, and that has helped contribute to a record-breaking regular season. We hope that positivity in facing challenges will also benefit us in the state tournament.” 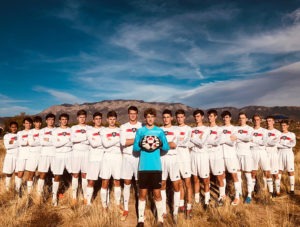 The 15-4-1 boys soccer team will take on Aztec High School on Wednesday, November 7 at 10:30 a.m. at the Bernalillo Soccer Complex. The number two seeded Chargers are also playing very good soccer as of late and haven’t lost a match since September 20. The Chargers came into the season in an unusual situation: boasting a veteran cohort of ten seniors but also in the midst of a youth movement. There are ten seniors, representing 26 seasons of varsity experience, combined with three ninth graders on the roster; two of them have started most games this season.

While it may have taken a little longer than they wanted, the boys have forged an identity as a hardworking team with strong ball skills that plays as a cohesive unit.

“The team continues to improve, and we think we have the potential to play our best soccer of the season starting on Wednesday,” says Academy Boys Head Soccer Coach Laney Kolek.

Lucas Jepsen ’19 and Aaron Hill ’19 are primed to make large impacts in the state tournament. Both seniors have stepped up over the last ten games of the season, leading the team in scoring. 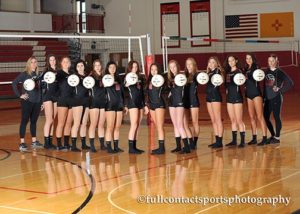 The Academy volleyball team wrapped up the district regular season last week and earned the number two seed in the district tournament. They will have a bye until the semifinal game this Friday. If they win that matchup, they will face the number one seed Hope Huskies in the championship.

The state tournament will take place next week at the Santa Ana Star Center in Rio Rancho. With a strong showing in the district tournament, the Chargers should be seeded as one of the top 12 teams in the tournament. 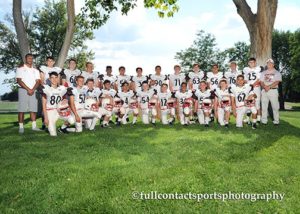 The Academy football team finished their regular season last weekend with a 54-0 loss to Montezuma-Cortez High School from Colorado. The Chargers finished their season with a 1-9 record, and since the team plays independent from a classification, they are not eligible for postseason play.