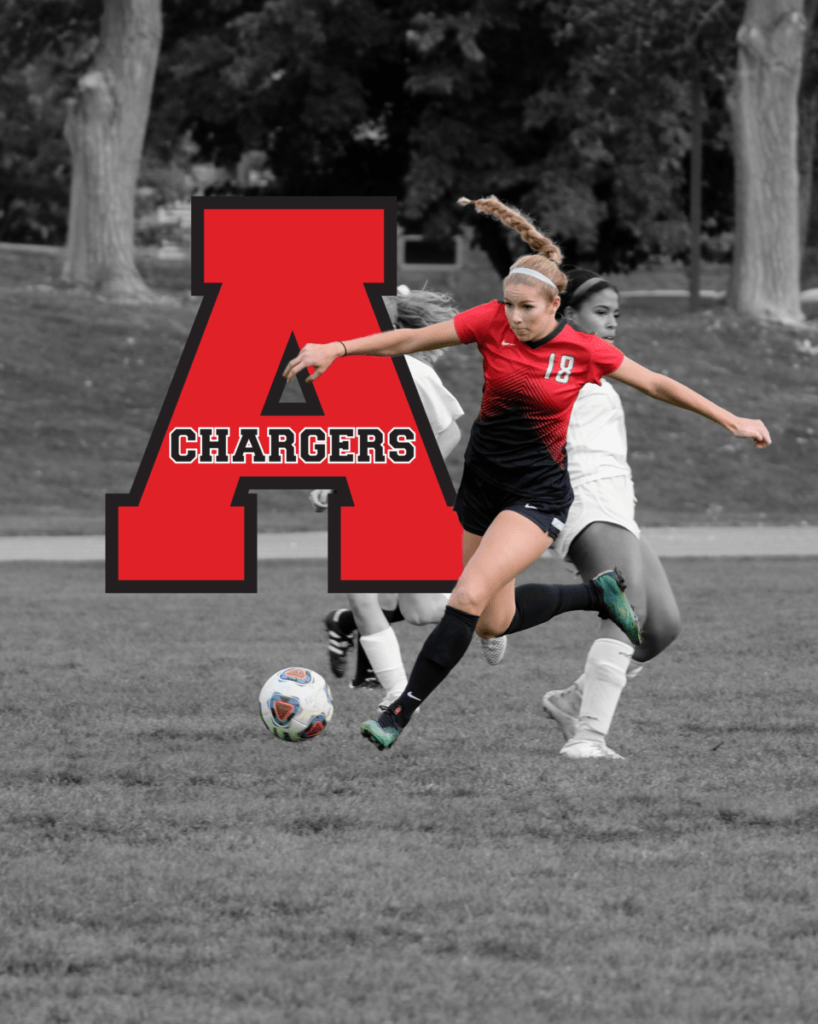 Academy senior Eliza Mariner broke two state records this past week on the soccer pitch. A four-year starter on the girls’ varsity soccer team, Eliza broke the record for career goals in the state’s second-largest classification (currently Class 4A, formerly Class 5A). Last week, Eliza scored 12 total goals – seven against Bernalillo High School and five against Valley High School – taking her career total to a remarkable 151, seven more than the previous record of 144. Her 58 goals this season also broke the single season mark for the current 4A class, as well as the largest class. Along with the local records, MaxPreps.com currently lists Mariner as the second-leading goal scorer in the country this season.

“Eliza is just a tremendous student-athlete. She is one of the most dynamic and gifted players I’ve ever seen, and she works incredibly hard in practice to improve her game,” says Academy Girls Head Soccer Coach Peter Glidden. “Her work ethic and dedication to her team inspires her teammates to raise their level of play.”

Mariner, the 2017 New Mexico State Soccer Player of the Year, is leading a very strong girls soccer team that is hoping to win their third straight state championship. The Chargers earned the number one seed in the upcoming 2018 state tournament, giving them a first-round bye and a week to rest up before they kick off the tournament on Wednesday, November 7. The Chargers are currently 18-2 and have outscored their opponents by 121 goals this season. Looking at the state tournament bracket, Coach Glidden is excited at the possibility of bringing home yet another coveted blue trophy.

“This has been a resilient and motivated team. Despite numerous injuries and losing four key players to serious knee injuries and other adversities, they keep focused on what they can control as a team,” says Glidden. “It’s a fun and inclusive group with strong character, and that has helped contribute to a record-breaking regular season. We hope that positivity in facing challenges will also benefit us in the state tournament.”

Good luck to our girls’ soccer team in the state tournament. To view the tournament brackets, click here.